Today I would like to address you not so much as a friend but as a writer.

Some days ago, on my smartphone screen, a photo of a dear friend of mine appears: she was hugging a strange animal, somewhat resembling a camel and, with the photo, this joking caption:

I now want to tell you about this indirect experience in a South American country which intrigues me because it is sometimes compared to Nepal.

I WILL WRITE TO THE WRITER !!! ( through the travelogue and pictures my friend sent day by day, to share in her discoveries and wonders)
I am not a skilled writer and therefore I entrust this story to you…I’m sure you can create a great story out of it…

First, about the animal in the picture: it is an alpaca, very similar to a llama, perhaps better known; both of the camel family but the alpaca is smaller and more docile; the llama is bigger, more aggressive and it spits on you ( until 3 meters!!) if you makes him “ nervous”. Both, with the vicunas, are raised for their wool, more or less fluffy and valuable.

“Oh !” I replied intrigued, seeing the picture on my smartphone screen.” Tell me about… I am curious about this trip !”

And so she explained me that she had had this unexpected opportunity to take part in a sort of round trip, a “loop” in the South of Perù:

Lima, Cuzco, The Sacred Valley of the Incas, the famous Machu-Picchu, Puno, Colca canyon, Arequipa and back to Lima…… and since she believes that journeys are always ( near or far) an occasion of knowledge, growth, enrichment, experience… she decided to go.

So, after the llama’s picture on my smartphone screen, she sent me almost everyday, a sort of travelogue.

She arrived by plane at Lima airport after a long flight…

So the first step and impact with Perù has been the capital: Lima , on the Pacific Ocean , built on an impressing cliff. Already coming from the airport, you can see the different faces of this gigantic metropolis of 12 millions inhabitants: dominant color , gray! In beautiful colonial ( Spanish) buildings a bit abandoned and almost in ruins, modern skyscrapers but not too high due to the frequent earthquakes, residential affluent neighborhoods with beautiful gardens ( we are at the tropics ) but also “favelas” cling to the hill without water, without electricity, without toilets (” Many are coming from Venezuela” said the guide). We will only see them form afar….

The visit will focus on the plaza Mayor or Plaza de Armas with beautiful facades of buildings from the Spanish Colonization era ( from 1530..)

And it is very interesting , because we generally think of Perù as Incas but Incas reigned “only” from 1100 to 1530… Before Incas there had been many rich and developed civilizations which they are re-evaluating a lot.

A curious phenomenon in Lima is the so-called GARUA, the fog that comes from the Pacific Ocean almost always and leaves “nothing” to be seen, it is like a very tiny rain!

-an incredibly messy traffic ( without motorbikes ) of cars and bus! It seems to be in Kathmandu .. perhaps even worse!!!

So… after Lima, flight to Cuzco, old capital of the Incas Empire… You get off the plane after 1 hour and a half but at 3400 meters above the sea level ( Lima is 150m!!). Luckily nothing happened to me but I have seen friends bleaching and being sick! They recommend coca leaves to chew, infusion off coca leaves, coca candies…,.I just drank the infusion ( that looks like tea) and some candies. I don’t know if they did something but those who where ill continue to be until they returned to Lima ! It seems that altitude sickness is difficult to control…( same in our Himalaya…)

Then we enter in the “Sacred Valley of the Incas” where the presence of a tributary of the Amazon river has made the area very fertile. Still today, everything its cultivated : fruits, vegetables, and grains…melons, watermelons, pineapples, mangoes, papayas, avocados, broccoli, green beans…. quinoa, maïs….

The potatoes that are the “glory” of Perù (there are 3000 kinds of therm!!!!!) are grown on the high plateau and not in the valleys.
On the way we stopped in a village with a nice and colored market of handicrafts… but our guide, rather ironic ,warned us: be careful! Many things are coming from China!!!

The day after is THE DAY : Machu- Picchu.

First part of the journey by bus then panoramic train entering the tropical forest . The site is magical and spectacular, built on the summit of a green peak in the heart of the tropical forest. The visit is done on foot, lasts at least two hours and is quite tiring with many ups and downs. Really mythical! ( Many American tourists come just for Machu-Picchu!! From Los Angeles, total 20 hours flight ! So in two days …., “ they visit Perù”!!! Ah ah …)

During the pause, the guide explained many things to us: for example, the syncretism between incas culture and catholic culture brought by the Spanish. The Christian Trilogy; Father, Son, Holy Spirit is still found today in the triple symbol of Perù:

And many other interesting things about astrology etc…, I think they can be found also in Hinduism or Buddhism.

Backing to Cuzco, after this awesome but tiring day , is long: 1hour and 40 mn train, then 2 hours bus…. But unforgettable day anyway!

“You know .. as when you come the first time in Kathmandu and see Pashupatinath or Swayambhunath… for example, places that remind in your heart.”

The day after is more “relax”, visiting Cuzco , especially the catholic cathedral full of decorative gold and madonnas of all kinds ( a bit like our Hindu Temples) .

I liked Cuzco a lot : it is more characteristic than Lima.

And what did we eat for dinner?? In a typical Peruvian restaurant : alpaca meat ! with potatoes served by girls in colorful traditional costumes. A nice and good evening! You would have liked it.

The day after, long drive in bus to reach Puno on Titicaca Lake, through the high Andean plateau, a very arid mountainous area about 3500/ 3800 m above sea level.

We had various stops along the way : a beautiful church , an Inca market, lunch in a self-service “for tourists” and a mountain pass at 4400m. I was always feeling good! While some of any traveling friends were in bad shape!

Pity because they were not enjoying these moments… but it seems to be an uncontrollable evil!

The day on the TITICACA lake was beautiful ,on boat, and visiting various islands.

First ones were “floating islands” of the UROS populations: very special , very colored .

These populations use a special technique to build these artificial islands , alternating many layers of mud and rushes to form a base on which they build their “ houses” and cultivate too. Several families can live but their life is hard.

We visited another island, real island, where also is living a special population, the AYMARAS, that follows ancestral traditions. The island is called TAQUILA. Even walking around the island for a while, you hardly see them because they don’t want anyone’s interference They marry each other and have many problems with related diseases. The nature and the views of the lake are very beautiful.

The day after we reach the highest point of the trip: 4910m above sea level! Through almost desert mountains but very fascinating landscapes.
It’s cold and all the group is a “little tired”. Today is a day of “transfert” seeing on the way many flocks of llamas and alpacas and, in the distance, an impressing smoking volcano.

We arrive at the hotel later and tomorrow the Colca canyon awaits us ,sighting condors, the majestic symbolic birds of Perù.

It was a very emotional moment, the dance of these birds gliding high in the blue sky.

I took maybe fifty shots…… in more than half of them there was not even a bird !!!!.. Just the sky! Ah ah

The spectacle of the canyon is beautiful and great: it is the fourth deepest canyon in the world. …. after our GOLA KALI GANDAKI!

The last day is dedicated to visiting the “ white city “ ( because of the stone used to build it, the white volcanic “sillar”) of AREQUIPA and its famous Santa Catalina monastery, immense and beautiful. Here we are back at 2335m above sea level.

Arequipa is a very pretty town, well kept, with many gardens and trees.

This is where my trip ends , my dear friend, on Arequipa Plaza de Armas, dominated by three large impressive volcanoes.

I hope I have given you a good idea of my trip . Each country has its own beauty and characteristics. In this, I felt a little “ at home”: mountains, colors, height of human beings, flowers, daily impact of religion, ( there catholic…), kindness of people..

A nice, fascinating and enriching trip … do it when you can!

Here is, Jenifer, dear friend writer, the “travelogue” of this trip in Perù, just as I received it these days from my friend who has just returned now.

I thought you might like it as a material to create a story. You have the skills and I don’t!

I have read these lines with pleasure and enjoyment. You will be the one to evaluate if you are interested or maybe your readers….

Make a good story out of it or just enjoy reading . 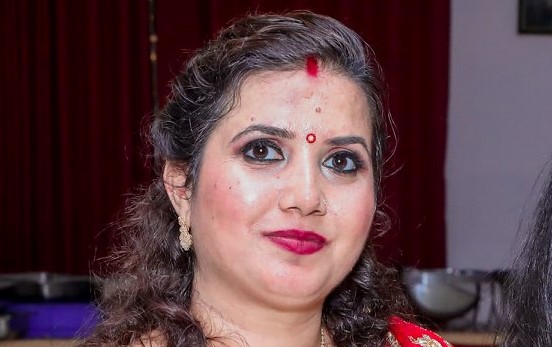